Imperial College alum Pae Natwilai has won the 2017 Design in Innovation Award for harnessing the potential of drones to improve structural inspection. 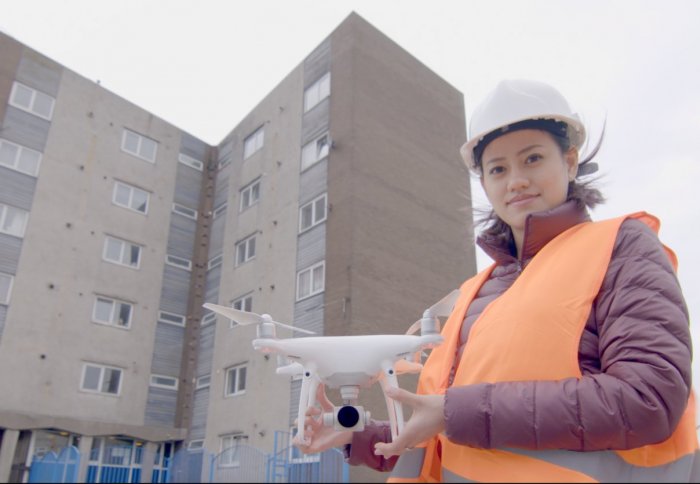 Her start-up, TRIK, uses automated drones to check for damage or defects to large structures – such as oil rigs, bridges, or multi-storey buildings.

The drones create interactive 3D models, made up of thousands of photographs, which can be analysed and annotated by inspectors. New photos and data can be added to the model over time, keeping a record of changes to the condition of a structure.

TRIK’s software allows users to control drones with an intuitive ‘point and click’ interface, which can be powered from a tablet or smartphone, without the need for specialist knowledge. 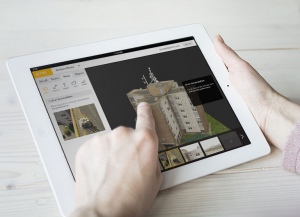 TRIK can be controlled using an iPad

Pae said: “TRIK is like Google Maps for structures. You can point to a spot on a building to zoom in and check for areas of concern – such as cracks or corrosion.

“What would previously take weeks, and cost tens of thousands of pounds, inspecting manually, can now be done in just hours for a fraction of the cost using drones.

“The obstacle in the past has been that drones can be difficult to control if you’re not well practiced at flying them. TRIK makes that process easy. You just point to where you want the drone to go on the 3D model, and it flies itself there safely. It can be used by anyone, even if they’ve never flown a drone before.

TRIK has gone through an evolution since Pae first began working on the idea as a student at Imperial: “I’ve always been interested in how humans interact with drones, so I began working on a ‘magic wand’ that could be used to control drones in an intuitive way,” she explained. “It was just a toy at first, but WeInnovate encouraged me to think about how I could turn it into a scalable business.

“I used to work for an oil and gas company, where I looked after the safety and maintenance of structures and machines. Many of these were very large and inaccessible – such as oil rigs out at sea. We’d have to send in people on helicopters, or erect huge amounts of scaffolding, in order to perform structural checks. I started to see the potential for TRIK to have a huge impact upon the entire industry.”

Long term, Pae thinks that TRIK might have even wider reach: “While our focus now is on structural inspection, I can see potential for TRIK to make a huge difference in disaster recovery, or in emergency situations. Drones could help to assess the safety of a site before sending in human beings, or identify where people are in order to target aid effectively.”

TRIK already have a working prototype, and are now looking to raise funds to scale up their business.

The Design in Innovation Award was awarded to Pae following the Innovate 2017 Showcase, Innovate UK’s annual event which seeks to highlight game-changing innovations, start-ups and businesses.